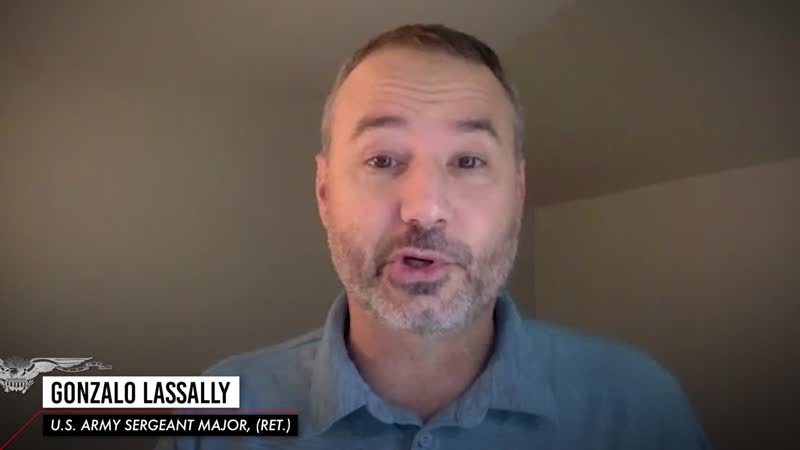 Tarjoman.org is one of the many independent organizations working to free Afghan interpreters in the aftermath of the U.S. withdrawal from Afghanistan.

Tarjoman’s Gonzalo Lassally, is a retired U.S. Army sergeant major, in this interview he speaks with Doug McKelway about private organisations helping those trapped in Afgainstan as more reports of Taliban atrocities surface.

“What I can you tell you that when the last US aircraft left the airport in Kabul, I think that’s when our efforts actually started to work even more in unison with what was going on there. More people ever since the website went out more people are reaching out to us asking for help. We’ve been adding them to lists we’ve been providing them information. Our organization continues to plug the gap where other people aren’t being able to help and we are safely moving people from location to location and helping them either leave the country or come to United States, we’ve had 33 cases so far that we’ve been able to get to the United States 16 out of Afghanistan, and hundreds and hundreds more that the network that we’re tied to is getting people out of Afghanistan.”

When asked about the Kabul airport being closed to evacuating Americans he stated, “That is correct, we are no longer trying to use the airport in Kabul to move anybody. My understanding is that it is shut down. And I am telling everybody to stay away from there. Do not try to go there and try to use that as a way to egress out of Afghanistan.”

When asked about rumours of the Taliban exacting revenge: “We’ve heard some cases where the Taliban has executed some Afghan national police and soldiers. I haven’t seen it firsthand, but this is our interpreters, reaching out to us and telling us. I’ve had interpreters, show me pictures of their backs that are just, you know, bloodied and uncouple from getting beat. So there is some sort of revenge going on right now”

On the desperation of Americans in Afghanistan, “Of course one, it’s hundreds of people reaching out now it’s not just the families that we originally started trying to help. Everybody’s, they just want to leave. They’re leaving their homes, they’re going to the border, all the border crossings are closed. They call me saying the Taliban stopped them at the border and they can’t get across, where what should they do. We’re trying to help them find safe houses trying to help them find safe passage into somewhere where we can figure out a better way to get them out or sit safely until we find out what the situation is looking like on the ground.”

Doug McKelway, “And we also know from earlier information that the US government, the US military, actually in the State Department actually provided the Taliban with the names of many of these people who were trying to reach out before the board of the withdraw at ended, especially, so they could allow them to get into the airport but we know now that those could be used for nefarious purposes, any indication that the Taliban is using that information that was provided by the US government.”

“I don’t have any information from anybody that I’m talking to that they’ve seen any of these devices or things being utilized for that. But what I can’t tell you is reports that they’re giving me that the Taliban is sending out messages telling people that they are going to be in control the government that they’re going to work differently, but I can tell you that the Taliban has some command and control issues because in one side of the country they’re more they’re moderating they’re telling their fighters to cut their hair to groom their beards than the other side of the country. They’re arguing, they’re telling people they can’t play music in accordance with Sharia law. So there’s a big disconnect, what does, what does this mean, it’s a little more dynamic, or the situation on the ground and we’re morally and ethically obligated to help these people that are at risk.

Doug McKelway: “In reference to that big disconnect, how do you see the future of the Taliban migrate more towards more efficient command and control, or more ragtag army?”

Gonzalo Lassally: “I can’t comment on how their politics are going to work and bringing them together. I can tell you that the truth on the ground right now is that they’re not coordinating different factions or different cells when the Taliban are following different rules from the other ones that are in different sides of the country so they’re not communicating, they’re not effectively governing, at least not centralized.”

Doug McKelway: “When you talk about the borders exits being closed, I assume you’re talking about Pakistan have you had any communication with authorities in Pakistan.”

Gonzalo Lassally: “Every time that we try to reach out to anybody in any of the at least their websites that provide visas to people, we get no connection with anybody. We have people with families that are at the border sites. These the main traffic order sites, saying that the board has been closed that they’re being told by the government, that the order will continue to be closed for another 30 days, and that they’re too scared to go back to come home.”

Doug McKelway: “And you’re communicating with these people through a secure means, obviously, right, encrypted applications I don’t want to name which ones. Sure. Right under understand that is there any concern on your part that the Taliban has enough sophistication to shut down, internet capability.”

Doug McKelway: “And do you have alternative means should that happen countrywide?”

Gonzalo Lassally: “Well, with our group we have a PACE plan to build our primary alternate contingency emergency we have set up base plans, and we haven’t had to utilize it yet when they shut down the internet, it was in the middle of the night, after a few hours and they told us when they, you know, when they came back up to let us know that it was down for two hours, it just happened to be one of those communication windows when we weren’t communicating a lot.

Doug McKelway: “I see. I know a lot of Americans want to help you guys out. Are you still soliciting donations and where do people need to send their contributions so?”

Gonzalo Lassally: “Absolutely we are still taking contributions that forge Amanda, or there’s other organizations that are helping this upper outer circle foundation No One Left Behind, foundation, we’re all doing the same mission. America do you want to help. Call your elected officials call your elected and congressmen and plead to them, plead to them to be able to allow these partners, humanitarian relief in some form or fashion, the ability to get passed through visas, so they can get to countries where they can safely complete their application process, so they can come to United States or whichever country they’re trying to get to. We need you to reach out to your elected officials and demand that they do something to help our Afghan brothers and against them.”

Doug McKelway: “Last question how many Afghan interpreters, do you believe are out there who want to get out?”

Gonzalo Lassally: “I couldn’t tell you how many I can tell you how many that I’m talking to. I probably have around 200 That my list has grown. I started with 31, and it’s over 200 Now, and that’s just me. There’s other cells other people doing exactly what I’m doing. You can only imagine what that numbers.”

Doug McKelway: “again your organization is called tarman.org I’ll spell it for our viewers ta RJOR ma n.org, please get in touch with that if you’d like to help out and Gonzalo and lastly, really appreciate your efforts. Thanks for your time continue this great work?”